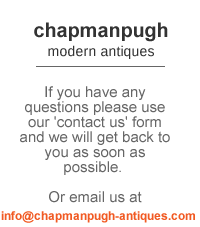 A great opportunity to own a large, stunning, original oil painting of Marilyn Monroe by renowned British artist Marc Grimshaw. This original oil painting of Marilyn Monroe is an iconic image - she was ranked in 1999 by the American Film Institute as sixth on its list of the greatest female screen legends from the Golden Age of Hollywood. She became one of the most popular sex symbols of the 1950s and early 1960s and was emblematic of the era's sexual revolution.

The artist, Marc Grimshaw was born in Macclesfield in 1957 and attended the prestigious and fashionable Manchester School of Art. He turned professional early in his career and has established himself as a highly talented and versatile artist. He is widely recognised, more recently for his ability to capture street-life in the 50's and 60's. His work has sold readily both in the UK and around the world including Austria, Canada and Ireland.

He now lives in Cheshire and from his studio carries out commissions which include for the BBC, University of Manchester, Granada TV and Shell UK.

In excellent condition with no tears or rips. The painting is on a stretched framed canvas with no surrounding frame.

*Free Shipping in the UK apart from Furniture and Art Work*

All shipments are fully insured by chapmanpugh modern antiques.

We generally use couriers: Royal Mail, UPS and DPD in the UK and UPS and DHL Worldwide for deliveries.